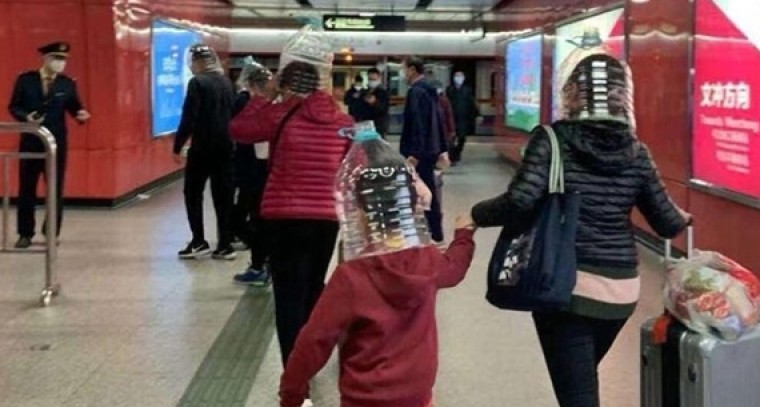 Amaravati, Feb 3 (IANS) Two youngsters from Andhra Pradesh including a 22-year-old woman, who is due to be married this month, are stranded in coronavirus-hit China and have appealed to the government to evacuate them.

Annem Naga Jyothi and Satya Sai Krishna, stranded in the worst affected Chinese city of Wuhan, were not allowed to board the second Air India flight that brought over 323 Indians back on Sunday as they were running high temperature.

Jyothi, who hails from Kurnool district and is due to be married on February 14, made an appeal to the Indian government through a video that went viral on the social media.

Jyothi and Krishna were among the 58 trainee engineers of Panel Optodisplay Technology Private Limited (POTPL). Barring the two, all others have returned to India.

Currently lodged in a dormitory provided by POPTL, the youngsters are waiting for help from the Indian government.

"We were supposed to take the first flight but were stopped from doing so in the last minute as were having high body temperature. When we were preparing to board the second flight, we were informed that we could not be taken on this flight either," she said.

She said the Chinese authorities did not confirm that they were affected by coronavirus. "Our body temperature is normal now. I am very healthy. Please take me back to India," said Jyothi, daughter of a retired military officer Maheswara Reddy, who passed away in 2014.

She said they are willing to be tested to show that they have no symptoms.

Jyothi's family in Kurnool is worried over her well-being. Her mother Prameela said the government should immediately do something to bring her back as she was left alone in China. She believes that Jyothi got the fever due to stress.

Prameela said Jyothi's marriage was fixed with Amarnadh Reddy, a chartered accountant based in Bengaluru.

India has so far evacuated 647 citizens from Wuhan, the epicenter of coronavirus outbreak. There are at least 10 Indians including the two youngsters from Andhra Pradesh reported to be stranded in the Chinese city.

The Chinese health authorities on Monday said that the death toll in the country due to the deadly novel coronavirus has increased to 361, with 17,205 infected cases.

The youth were part of a group of staff of Chinese firm POPTL who went there for training in August last year.

POPTL selected the students during campus placements to work at its upcoming LCD TV screen-manufacturing unit near Tirupati.